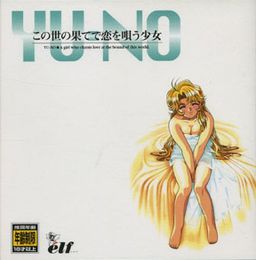 Takuya Arima is a young student whose father, a historian who has conducted various researches, disappeared recently. During a summer vacation Takuya receives a peculiar package from his missing father, along with a letter containing information about the existence of various parallel worlds. At first Takuya doesn’t take it seriously, but soon he realizes that he possesses a device that allows him to travel to alternate dimensions. Is his father alive, after all? If so, where is he?

Sakura Fantasy
Sakura Fantasy is an exciting visual novel fantasy adventure where you decide the development of the story by the choices you make. It is the tale of an aspiring novice...

Corona Blossom Vol.1
Meet Keiji Osaki: a young man who hates dealing with machines, despite being very skilled at working with them. That’s just the kind of guy he is. After failing his...

My Little Sister Can’t Possibly Have A Hemorrhoid?!
My kind, beautiful little sister has a hemorrhoid?! It all begins when the protagonist’s little sister opens up to him about her awkward dilemma, leading him to buy a suppository...

Dengeki Stryker
Yamato has a great sense of justice and aspires to be a hero. He always tried to protect his childhood friend Haruna when she’s being bullied, but he always got...

Hello,good-bye
“Toubu Kaito” That is the fake name assumed by a young military officer from the United Provinces of Japan. He has been tasked with infiltrating Tenshudo Academy, located in Special...

Fallen ~Makina and the City of Ruins~
Rumors of mystery, treasure, and adventure have been spreading across the land about the Ruins of Gardona. It has brought many travelers and adventurers to the city, including Makina, a...