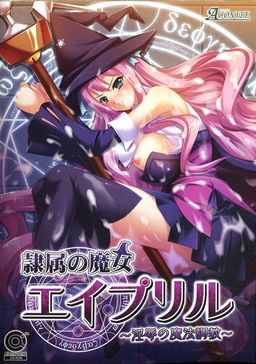 In order to become a magician, Denis enters an apprenticeship under the famous, beautiful witch April, only to be overworked and abused on a daily basis. He bears with his hatred for her as he devotes himself to studying her techniques until one day, he discovers Maisie, a fairy April had sealed away.

Maisie offers a Denis a deal: “Remove this seal, and I’ll grant you the power to revenge yourself against April.” The two arrive at this mutually beneficial agreement and set out to enact their revenge.

Sabbat of the Witch

Cho Dengeki Stryker
Yuuki Yamato has modeled his young life after the super heroes he loves. When his best friend Haruna is teased by bullies, he always tries to defend her — but...

Dragonia
In ancient Dragonia existed five orbs that could be used to make dragons do one’s bidding. However, as time passed, the stories of these orbs faded from collective memory becoming...

Nyan Café Macchiato
Kouya’s life is full of misfortune. Every company he works for ends up going bankrupt and his apartment went up in flames. Now he’s a lecturer-in-training at Kaminekosaka Academy and...

Our Lovely Escape
Your life is a peaceful one. Each day, you work alongside your (otherwise?) all-female workforce in the pursuit of creating otome games. Will you complete your life with a cute...

Dream Daddy
Dream Daddy is a game where you play as a Dad and your goal is to meet and romance other hot Dads. You and your daughter have just moved into...