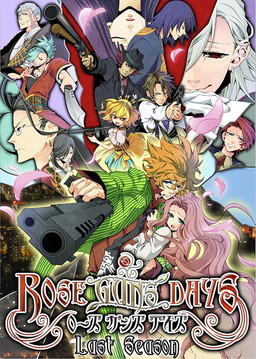 Taking place in Japan at the end of World War II. Devastated in the aftermath of defeat, the Japanese government complies with the Allies’ reconstruction plan. Japan begins to recover from the loss after a few years, but America and China intricately divide the nation on a municipal level. Eventually, China’s military districts become Chinatowns, and places controlled by the United States are Americanized. The many Chinese and American immigrants make Japanese people the minority in their own land. Some Japanese are unwilling to accept this fate and secretly gather their strength to challenge the new system.

A girl named Rose Haibara works at the club Primavera and lends money to Japanese people so that they can rebuild their lives. Meanwhile, Leo Shishigami is best known for his reputation among women. Everything begins to change when that legendary man meets Rose in the spring of 1947.