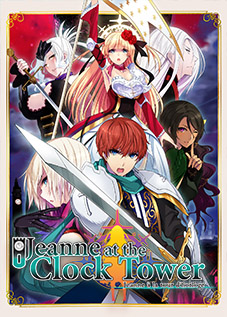 The story opens in the final days of World War II, on the shoreline of northwestern France. A young soldier of the Free French Forces, Roland, and his sworn friend Olivier participate in the invasion of Normandy to free their motherland. But as they descend to raid the enemy position at the break of dawn, their aircraft is exposed to enemy fire, forcing them to land.

Isolated from their unit, the two wander through a forest blanketed by night, where they unexpectedly encounter a group of cavaliers. These ghastly, medieval knights are led by a Edwalda, a female knight in a flowing black dress. Roland swiftly dives to cover Olivier and is fatally injured, losing consciousness──

Upon returning to his senses, he finds himself near a calm forest spring, a single lovely girl having nursed him back to health. Roland’s life threatening injury was healed, as if it was never there to begin with, causing him to wonder if the knights’ attack was merely a dream… but he is mistaken.

Roland has awakened in another world entirely, shrouded by endless fog – a grotesque realm caught in the midst of eternal conflict and endless bloodshed. And the girl who saved him was the maiden trapped at the center of this history of war- the “captive of time”, the fated girl – Jeanne.

The moment this young man and the maiden meet, the clock tower breaks its long lasting silence, and once again begins to mark the passage of time. Its tolling lures Roland the young soldier and Jeanne the Maiden to set out on their journey of penance, in a strange and distorted world── 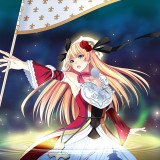 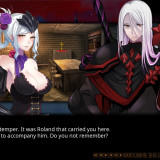 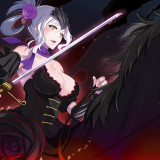 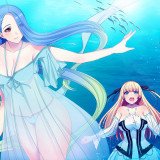 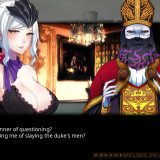 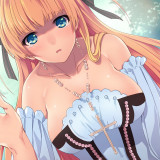 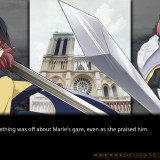 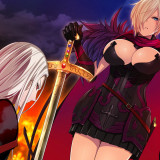 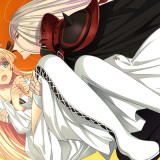 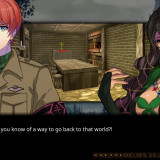 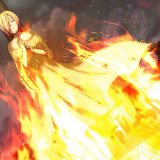 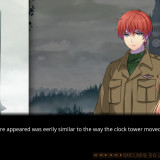 Jeanne at the Clock Tower – HCG

Kuro no Tsuki – Darkness of the Moon

10 comments on “Jeanne at the Clock Tower”

Osananajimi wa Daitouryou
It started out as an ordinary morning, woken up by my childhood friend. Had a good breakfast… complete with morning hard-ons. An ordinary, everyday eroge scene. Or… so it seemed....

Furry Ear Girls Never Betray
Travel with your cute companions! As the male protagonist, you’ll be joined on your sojourn by two main heroines, and plenty of sub-characters as you seek to return your commonwealth...

Steins;Gate 0
“This is a story of a ‘future’ I wasn’t able to save.” A “true sequel” that takes place November 2010, β Timeline — A world line where the protagonist, Okabe...

Marionette Fantasy
“When the seven goddess stones are collected any wish will come true… Embark on a perilous RPG adventure in search of the seven stones.” You found an RPG game with...