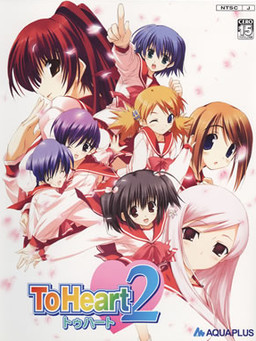 Following her graduation from middle school, Konomi Yuzuhara enters the same high school as Takāki Kono, her childhood friend. As the new school year begins, they meet their childhood friend Tamaki Kosaka, as well as many new acquaintances. Unbeknown to the group, their encounters with each other will soon lead to many memorable adventures.

Koenchu! Voice Actress Tale ~You, the sky and summer~

If My Heart Had Wings

Water Closet: The Forbidden Chamber
A multi-character, multi-path game. This game allows you to choose one of five different female characters and play through different scenarios from that character’s point of view. The catch is...

Moekuri
In a world where “Creatures,” powerful beings based on real legends and myths from across the Earth, inhabit the land, girls with the ability to wield magic become “Masters”—able to...

A Boy and his Perverted Oneesans’ Happy H Apartment Life
Sekitani Jun is a timid and docile sixteen year old schoolboy who intends to eventually follow in his grandfather’s footsteps and become a Buddhist priest. After his parents have to...