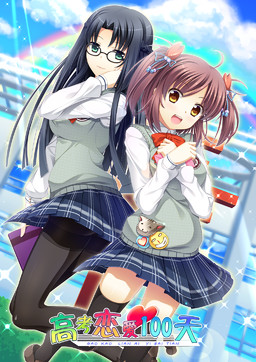 Getting a girl-friend before Gaokao(National College Entrance Exam), I know it’s crazy, but from today, we will face everything together. Is there still room for love in this 100 days, or am I just ruining my life, or worse, her life?

This is a dating simulation game based on Chinese students’ real life. You can have romantic relationship with classmates,
but remember that you have just 100 days while preparing for “Gaokao”.

Keep a balance between score and romance, or just drop one and see what would happen? There are over 10 story lines and will lead to more than 50 ends.