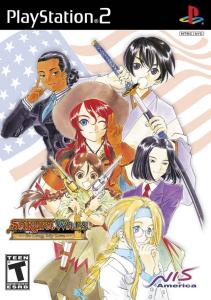 Set in an alternate universe New York City during the late 1920s. The game’s storyline focuses on a naval ensign, Shinjiro Taiga, as he is summoned from Japan to New York to lead a fighting troupe disguised as a musical troupe to defeat an evil warlord and his subordinates from conquering America as its kingdom. The gameplay includes elements from previous games in the series, such as the LIPS system and combat systems.