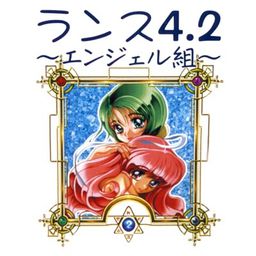 Rance 4.2: Angel-gumi is the second part of the story that began in Rance 4.1: O-Kusuri Koujou o Sukue! rather than an all-new Rance adventure. The hero continues to investigate the weird occurrences connected to the Happiness Medicine Factory. Since the story picks up directly where it ended in the sequel, Rance begins his adventure already commanding an all-female squad called the Angel Team.

Nothing has changed gameplay-wise; as before, interaction with the game world is done through menu commands everywhere, including dungeons. The combat system has also remained exactly the same as in predecessor.

Rance 4 – Legacy of the Sect