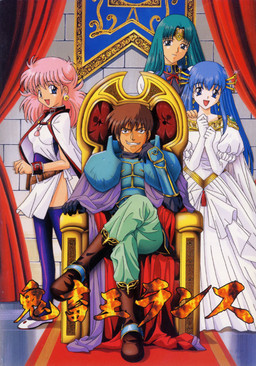 This game is not part of the official Rance universe timeline, forking off after the events of Rance 4.2, as a “What if” episode.

The prelude starts with Rance leading a band of bandits in rural Helman Empire. The Imperial Patrol crushed his band with overwhelming force, and captured his slave, Sill. Rance fled to the borders of Leazas where he was rescued by Kanami, personal ninja of Lia, queen of Leazas.

Eager to take revenge upon Helman and rescue his slave Sill, Rance agreed to marry Lia. As the new king of of Leazas, Rance set his first step on a path that eventually leads to world domination, or death.

MECHANICA: A Ballad of the Rabbit and Mercury
Cyberpunk x sexual harassment A game that doesn’t feel altogether new, but not nostalgic either. An adult game in the traditional style with new flourishes. The game contains lots of...

Nicole
Nicole has just started her new adventure at college, but as soon as she arrives, she hears about some mysterious disappearances of student girls! Perhaps her stay at college won’t...

Ideology in Friction
It was said that the natural enemy of all living things would be destroyed by the emissaries of night, the dark elves. “You finally found your way here, huh?” mutters...

Giniro
Giniro is a beautifully crafted fantasy tale comprised of four chapters. It is a bittersweet story of the legendary Silver Thread which is fabled to grant any wish to its...