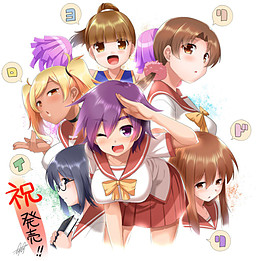 Idol Magical Girl Chiru Chiru Michiru – Part 1
Matsushima Michiru is a loved, respected, nationally-famous idol, worthy of singing on the same stage as the legendary Kazami Kazuki… in her own dreams, at least. In reality, she’s a...

Conquering the Queen
Our protagonist Vincent finds himself wandering around in the forest between two warring nations. His plan: utilize his unparalleled skills with a blade to advance his standing in the world....

Naedoko Demon’s Ground
Eriza is a fledgling “wolfcaller” lost in an ancient dungeon— Help her return to the surface with the pregnant princess and companion Jupily. R-18 RPG with tentacles, procreation Give birth...