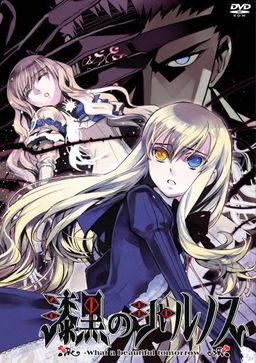 Re-release with full voice, additional CGs, and the option to skip the minigame on first playthrough.

Lendable Wife – Mayumi’s Cuckolding Report
Our hero, Takasaka Yasutomi wants to see his own wife in embrace of another man. At first Mayumi refuses husband’s wish, but eventually she warms up to that idea, and...

Otomaid @ Cafe
Kei agrees to take a part-time job at his brother Iori’s cafe. Then he learns that it’s a maid cafe run by crossdressers, and his cute coworkers are actually boys....

Wanko of Marriage
Taiya is the only son of a shrine priest, and his dream is to become a pâtissier. Caught between his dreams and reality, his life completely changed with the arrival...

Negaeba Kitto…
Negaeba Kitto tells the story of a young man who has recently been treated for a serious illness, and who finds a certain kind of redemption in the most unlikely...

Hikari! Clover Rescue
In a not-so distant future, a powerful organization known as The Corporation is planning to take over the world by using the power of some mysterious amulets shaped like a...