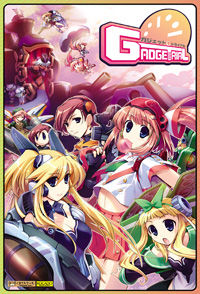 Several decades have passed since the last world war. In the Far East, the Eastern Treaty Union – an allied body comprising of the islands in the region – are busy at work on Project ‘Next-E’, a plan for developing the next generation of mainstay multi-functional weapons of annihilation, or AEWs (Advanced Extripate Weapons) in the form of an accelerated biological computer known as the ‘E-Series’. Artificially created human-weapon hybrids, they represent the smallest army in history.

Of the E-series, there exist two lines adjusted according to different philosophies: Type White and Type Black. The time now comes for their practical trials, with their ultimate adoption by the military at stake.