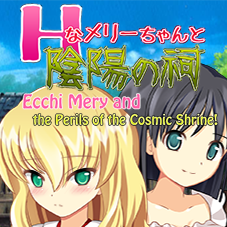 This is a fun little game where our hero, Mery, and her maid, Maria go out and try to discover a valuable artifact in Cipangu (the old Portuguese name for Japan). I felt a strong relation to our heroines here when I came to Japan for the first time myself!

But why are they going? Mery is about to graduate from her magic academy and needs to prove to her worth! And her trusty SUPER MAID Mary isn’t going to let her go alone!

In Hinaya village, they find an old ruined shrine and explore its depths together! However, it’s hard for our two girls to get through their quest without running into some troubles along the way! Many dangerous men and monsters lay deep in the shrine, and they’re going to need and an ample amount of battle prowess and sexual prowess in order to survive! 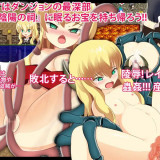 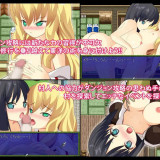 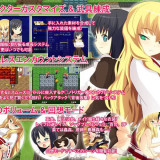 XorceD – Sashiro’s Laedrum
Play as Sashiro Kobata, a World-Peacemaker (WPM) officer with an incredible dual-wielding pistol skill, in an undercover mission! His WPM-group has found out information about a terrorist group that puts...

Imouto Paradise! 2
It’s summer vacation and Keiichi’s parents left him with his five younger sisters to go on an overseas trip. Now with their parents far out of the picture, his younger...

Aoishiro
My deceased grandmother liked traveling. Strange scenery. Strange people. She liked to meet them. I am now a high school student and set off on a trip as well. It...

Cara the Bloodlord
The secret feud between humans and vampires is now a thing of the past; Peace has been achieved under the beautiful vampire queen Cara’s rule. However, there are protest against...

Haruko Maniax
Tha main story is about Haruko’s brother Taichi, who spots a suspicious girl stalking his big sister and gets to know from her that Haruko might be going out with...