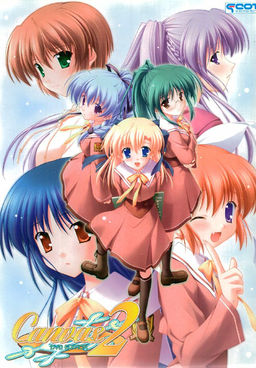 The series focuses on the lives of some students and teachers at Nadesico Academy both at school and their private lives. The main character of the series is Kamikura Hiroki, who lives with his younger cousin Elis. Hiroki is training to become a full-fledged art teacher while also trying to take care of Elis. When his childhood friend Kiri starts working at the school, drama begins to flare as he has to juggle his work, private life, and the feelings of these two important girls.

Bokuten – Why I Became an Angel
Nestled between the mountains and the ocean somewhere sits the harbor town of Inogo City, a prosperous place with an atmosphere of the exotic. It is this city, watched over...

Kunoichi Botan
One day, a kunoichi named Botan, along with her comrades are assembled by the village chief for an emergency meeting. Their master hadn’t returned from her mission. There was a...

Honey Select 2 DX
Honey Select 2 Libido is an 3d eroge created by the Japanese H-game company Illusion. Though it’s a successor to Honey Select gameplay-wise, on the technical side it shares many...