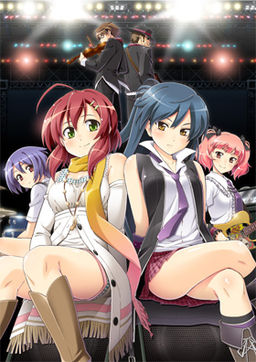 Shouichi was known as one of the ‘nobles’ of the violin world. Having started playing the violin when he was 3, he won the national violin competition when he was in middle school and went to Germany to play in orchestras. However, due to unknown reasons, he returned to Japan, gave up playing the violin and became a freeter. One day, he starts working at a live house and meets many other amateur musicians who are living their lives their own way. Together they will have to overcome obstacles in both their personal lives and as a band. To Shouichi, the live house is a new beginning in a new place… a new world which has opened to him when he thought that his future as a musician had closed.