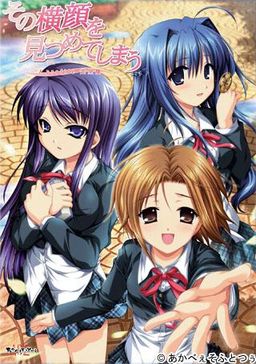 Beneath the scorching sun of midsummer, a pampered, aloof sort of girl declared that there are four windows through which to view a person.

She was not the only one by his side, for he had had a wounded girl thrust upon him – a wounded girl who could not help but depend upon him, as the girl he had known for so long once had.

Now, however, that old friend of his vanishes in the dead of night to prowl where an ordinary girl should not.

The blue sky of the stadium and the filth of the city streets spread out before him; unsustainable aspirations and an unsustainable love beset him.

What in the world is he thinking as he gazes at their profiles?

A Profile HCG
A Profile – Walkthrough