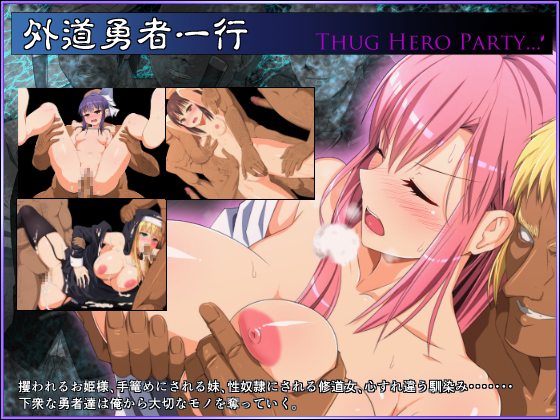 “Ryuujin” are the chosen few by a deity called “Ryuu”. For the world and its people, Ryuujin have long battled a wicked lord.

On a smaller scale, there is an unremarkable village in which Imos the Powerless lives peacefully. He, having a slight inferiority complex, passes the time with his little sister Tori, a playmate named Lotia (who is now a Ryuujin), his gentle scholar Crimina, and a tomboyish princess named Aina.

The decision is made to vanquish the wicked lord once and for all. It’s the top priority of all Ryuujin henceforth, including Lotia. Lotia reluctantly consents to sex with the hero of her party, Variges, because people from her village are hostages. Imos can only stand and watch this injustice take place…

A summer promise to forever

Childhood Friends With Benefits
Yukihisa was just an ordinary student with ordinary aspirations. Seated across from him was his childhood friend, Shiho. With that...

Hitonatsu no Yume
Toshiki, the realist. Mizuna, the girl he met on the roof. And BROY, the school band whose members surround them....

Venus Blood -Frontier-
…Gods in heaven, demons on earth, and a giant floating continent for humans. The continent that is known as the『Floating...

Killing Time
As a trained assassin, all the battles that Hatsuki has been in will reappear in all kinds of ways. As...