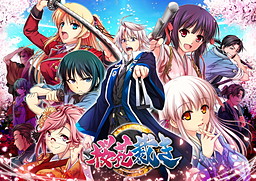 Shimei took up his post as the new administrator at the Nakamachi magistrate’s office, which had been founded to alleviate the burden on the offices to the north and south. He was followed by his cheerful and hard-working childhood friend Rimu and the strong-minded Sakura, who was dispatched from the Kitamachi magistrate’s office to supervise him.

Shortly after his arrival, a young girl Koume was brought before him on a charge of murder. She was to be sentenced the following day, and if she was found guilty of the alleged crime, she would be sentenced to death. Shimei noticed something suspicious in the recounting of the events and along with Koume’s desperation, he was convinced that she was not guilty.

But who is the true culprit? Will he be able to prove her innocence?