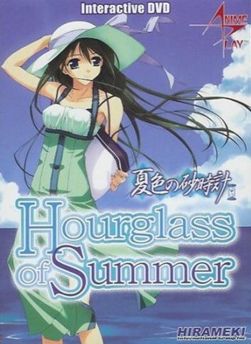 The story revolves around a Japanese sophomore named Kotaro Makimura. As the school year ends and summer vacation approaches, he decides to admit his feelings to his crush, the beautiful Kaho Serizawa. As hopeless as the situation looks to his best friends Ai and Takeshi, he is determined to make Kaho his girlfriend by the end of summer vacation. However, on his way home, he has a collision with a mysterious stranger, and ends up getting covered in a strange multi-colored powder. When he wakes up the next day, he finds himself waking up on September 1st – the first day of the next school year. He also learns that Kaho, who had been his girlfriend, had died in a car accident. Eventually, Kotaro discovers that he has begun day-dropping, in which he skips days, and goes back and forth in time through different days of the summer vacation. With the help of Ligene the Time Patroller (also translated as Lee Jane), Kotaro must win Kaho’s heart and prevent her tragic death before he runs out of time.

The Flower Shop: Summer in Fairbrook

WAS: The Hourglass of Lepidoptera

38 Responses to “Hourglass of Summer”