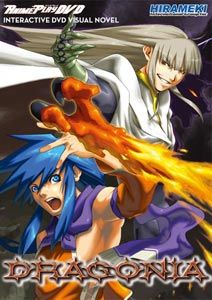 In ancient Dragonia existed five orbs that could be used to make dragons do one’s bidding. However, as time passed, the stories of these orbs faded from collective memory becoming mere legend. However, one day a man appeared and hatched an evil plan to take control of Dragonia using these very orbs. Yet the powers of the orbs could only be harnessed by certain, special individuals. Thus, only another person capable of controlling the orbs can stop the orbs’ powers from being abused. But are Ryu, Jamka, Fiana or Tran capable of hunting down and controlling the orbs in time?