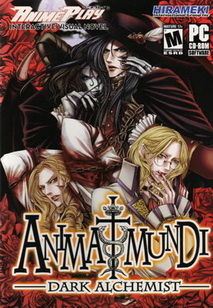 “I shall give thee all kinds of dark ecstasy…”

Count Georik Zaberisk builds a sterling reputation as the head Royal Physician tending to the King of Hardland. However, the poor health of his frail sister, Lillith, drives him to resign from his post and retire to the countryside where he lives the charmed life of nobility. One day, while Georik is away, Lillith is accused and tried for witchcraft by an angry mob of villagers — her head is chopped off and her body burned! Somehow Georik manages to secure Lillith’s head and to his amazement finds that she is still alive, and Georik is consumed with a desire to make Lillith whole again. Georik learns of the homunculi, who use alchemy. However, the Kingdom of Hardland had outlawed witchcraft and alchemy long ago. Georik is forced to delve into the banned world of alchemy in order to help his sister.