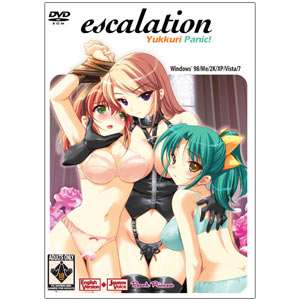 The Visual Novel
The visual novel is a great game in which you must guide the main character Rie as she navigates the dark world of lesbian possession. Rie Komatsuzaki has just transferred to the prestigious St. Yale Academy, a Catholic school for girls, and she’s sad and confused. She had fallen in love with her home tutor then discovered that her stepmother was involved in an illicit relationship with him.

Now at her new school, she finds herself alone and confused. On a whim, she enters the school chapel, where she encounters Naomi and Midori making love. She’s immediately taken aback — “What are they doing? Girls aren’t supposed to touch each other like that!” And yet, a strange warmth fills Rie, and her panties grow wet. Before she knows what’s happening, she’s the target of the two girls who seek to make her their plaything for sex. Several fascinating endings to explore!

My Married Cousin’s Need for Seed
The protagonist is the son of a wealthy and influential family, and he’s always had a thing for his older cousin Nodoka. Just seeing her getting lovey with her new...

Rance: Quest for Hikari
The story is pretty simple – Hikari (“Light”), the red haired girl that you see in an opening clip, has been kidnapped. And Rance get the mission from his boss...

She Falls to a Perverted Bastard
My childhood friend was stolen away from me by a perverted bastard… But that was only the beginning of her fall. By the time I realized, it was all too...

Sandwiched by my wife and her sister
A couple who met in their high school years, married later on and are a having happy and adventurous sex life. A wife works as a manager of the restaurant...