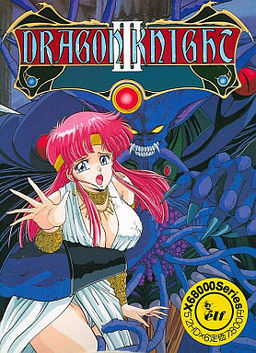 The main character is a young warrior named Desmond. After liberating Strawberry Fields from an evil curse in his previous adventure, Desmond finds himself in a situation unworthy of his heroic status: robbers have taken all his possessions, including his magic sword, and even his clothes! So the first task for the unsuccessful hero is to get some money. Luckily, the mayor has an assignment for him, for which he is also willing to pay. Desmond accepts the assignment without knowing what it will lead to – traveling all over the world, fighting fearsome enemies, encountering beautiful women, and solving a mystery that will also reveal the secret of his own true identity!

12 Responses to “Knights of Xentar”