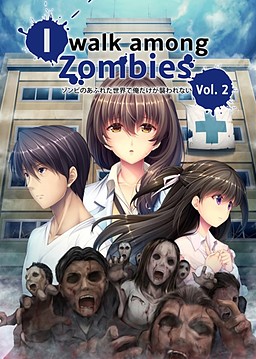 Yuusuke and Mitsuki rush to the city hall to have the municipal survivor group save Mitsuki’s wounded brother.

Mitsuki meets her childhood friend who proceeds to takes over Yuusuke’s guardian role for Mitsuki.

Yuusuke will have to decide either to stay and wait for the evacuation or not.

Based on the popular web novel of the same title.

The Eden of Grisaia (Steam Edition)
A boy trying to find the paradise he once lost arrived in a secluded garden at the end of the...

Become Tentacle, Attack the Castle and Impregnate the Girls
The long-awaited MATING SEASON is here! Enticed by the scent of hormonal women the tentacle monster has returned once again....

Wizard’s Climber
Lazlocke is a wizard belonging to the Wizard’s society, the organization that manages the affairs between wizards. One day while...

The Afterglow of Grisaia
A side story to The Labyrinth of Grisaia, this game explores protagonist Kazami Yuuji’s past, focusing on his life with...

Summer Fling
The game follows Kasumi as he spends his first weekend of summer break with two girls from school, at his...

Secret Sorrow of the Siblings
Kaito and Rikuto are twins and they have a younger sister named Arisa. Though they are twins, the nerdy Kaito...