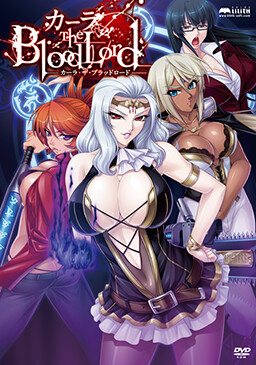 The secret feud between humans and vampires is now a thing of the past; Peace has been achieved under the beautiful vampire queen Cara’s rule.

However, there are protest against this peace between humans and vampire, chiefly coming from Cara’s uncle, Gram, who despises humans and treats humans as livestock. Gram’s prohibited business of human trafficking was brought to light, and under Cara’s hands he was purged. Narrowly escaping with his life, Gram swore revenge against Cara even when “bugs” were eating into his own skin. He plots his revenge and infiltrates Japan, the land where the peace between humans and vampires is to be sealed forevermore.

Using the forbidden manipulation of “bugs”, Gram targets the heroines supporting Cara. Secretly infiltrating their body with these “bugs”, the heroines are subjected to a slow and ghastly brainwashing and ‘training’ without them even being conscious of it. And as these strong heroines guarding the vampire queen falls one by one, Cara’s noble body itself becomes vulnerable to the wicked hands of revenge…!?

28 comments on “Cara the Bloodlord”

Hoshizora no Memoria -Wish upon a Shooting Star-
Meet Kogasaka You and his little sister, Chinami, both of whom after the sudden death of their mother, are set to leave the city to go back to their childhood...

My Married Cousin’s Need for Seed
The protagonist is the son of a wealthy and influential family, and he’s always had a thing for his older cousin Nodoka. Just seeing her getting lovey with her new...

Sacrament of the Zodiac
Every year, there is a ritual called the “Sacrament”, where they pray and get baptized to the goddess. There is a school saying, that if during this time a person...