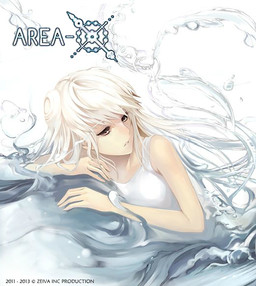 In the far future, people live 1000 meters deep underground. Technology is abundant, but life is a constant struggle. An organization sought to end this by sending people back in time to recover lost natural resources. Elcia is one of such people. As a Time Negotiator, it’s her job to travel across various dimensions and negotiate with people of the past.

However, in a strange twist of fate, Elcia accidentally stumbled upon an unknown dimension known as “Area-X” during her very first mission. Following its discovery, more bizarre incidents and conspiracies awaited her one after another – all of this eventually led to discovering the uncanny nature of the world and how it all ties to Elcia’s very own mysterious past..