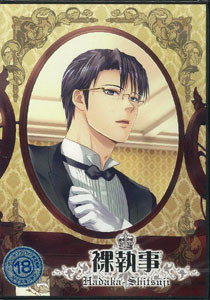 Tomoaki is your average university student, however one day he receives a strange flyer which said that there was an easy job which anyone could do and it was offering a 30,000 yen wage per day. So, Tomoaki went to the address on the flyer since he really needed to money. The address actually led Tomoaki to a beautiful big house with lots of stewards. It turns out that the owner of the residence would be away so Tomoaki would have to act as head steward and keep everything under control in the owner’s absence. Tomoaki was also told that he needed to find a husband, and so he started his work as head steward, however being around all these butlers and trying to complete the almost impossible request from the boss has awakened his sadistic side. What will happen to him now?

Life With A Slave -Teaching Feeling-