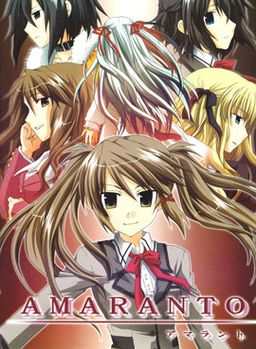 Amaranto is a yuri visual novel by Trifolium Garden. Set in a post apocalyptic world, the plot has a somewhat fantastic and mysterious vibe. The story follows Mio, who tries to unravel the rumors behind several murders happening in her district.

Set in a world split into various districts, the story begins with Mio and her childhood friend, Shizuku, going to school. At school, they talk to their friend, Yuki, about rumors regarding several recent “vampiric” murders and a girl in white.