Dive into the magical world of Asaph Online in this visual novel, where Kotone is a feared dark witch with impressive and extensive magical powers, capable of defeating the strongest of foes with a snap of her fingers. In real life, however, Kotone is an average woman who works an average job, with a below […]

2016 (Re-)Re-release. Includes all content from original release and 2015 version. Our protagonist is a fan of Japanese anime and games. He makes friends with some Japanese people on the internet, and decides to stay with them for a week. Thrilled by the prospect of a week’s sightseeing in Japan, he touches down in the […] 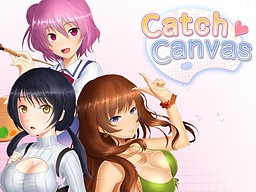 You start your adventure as you arrive at your uncle’s cabin. Your uncle, a world-renowned artist, has agreed to take you under his wing and help push your art to the next level. Under his tutelage, your work may even be put on display at a prestigious, upcoming art exhibition, known for the instant fame […]

The week you spend in Japan will certainly be memorable!!! Get a taste of the foreign travel offered by printed guidebooks. Enjoy a tour around Japan from the comfort of your own home! As the game’s protagonist, you’ll travel to famous Japanese sightseeing spots in the company of a pair of beautiful young sisters. The […]