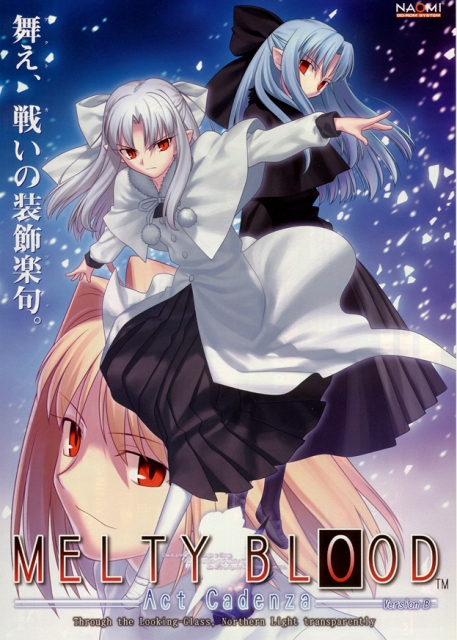 Melty Blood Act Cadenza ver.B is a Windows PC port of the Arcade with new features such as a tag-team mode. Melty Blood makes use of widely used concepts in fighting games such as cancels (cancelling an attack before its animation ends, then beginning another, allowing for more complex and damaging combos) chain combos (normal moves that can be link without the use of cancels) and the use of power bars (called Magic circuits in-game)….