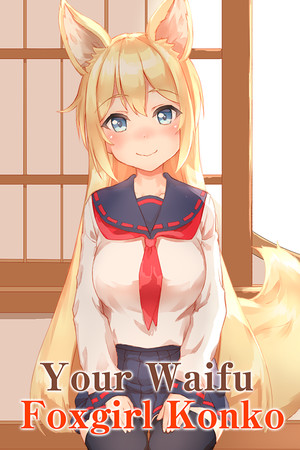 One day, you meet with a trainee foxgirl, who’s in charge of the school club you’re assigned to. The girl, Konko, has no human friends. By hanging out, playing, drinking tea together, and sharing in her hobbies, the nervous Konko will gradually open up, allowing you to grow close through your ongoing communication. Over the days you spend together, you’ll develop feelings of friendship and, eventually, love.

The limitless days go on for forever, so you can enjoy your lovey-dovey life with Konko to your heart’s content. Go on dates, eat at the school cafeteria, give presents, and choose from over 200 clothing options. Plus, as boyfriend and girlfriend, you can hug, kiss, and enjoy bathing together. 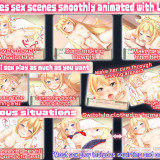 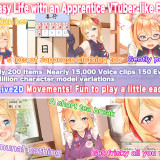 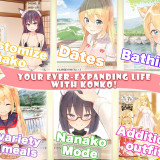 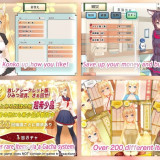 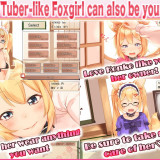 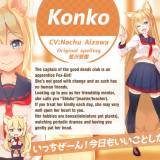 19 comments on “Your Waifu Foxgirl Konko”

ef – the first tale
Otowa, a city once razed by a devastating earthquake and the resultant fires. A beautiful European cityscape now marks the present, as if it were from a fairy tale; almost...

Hara Chuchu
One day, Taisuke finds a book in his room and opens it without knowing the secret. What appears from inside is a vampire girl!? He is sucked in by her…,...

Melty Blood Re-ACT
Melty Blood Re-Act is an expansion to the visual novel and fighting game, Melty Blood. It features an Arcade Mode which includes a storyline after the events of the prequel....

Aru Fuyu no Monogatari
Jun is an average student who lives with his mother. During winter holidays his childhood friend Kaede Sakurai helped him with his homework. By that time Jun realized his feelings...