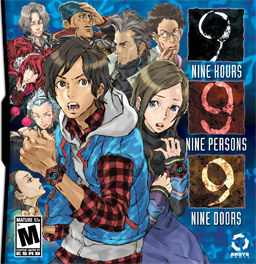 Nine people have been kidnapped by a mysterious man called Zero and forced to participate in a survival game known as the “Nonary Game”. Each one has a bracelet numbered 1–9, which they must use to pass through doors numbered 1–9, to reach the exit before 9 hours run out and the ship in which they are sinks. Various puzzles must be solved in order to advance through the ship and reach the exit, while uncovering the mysteries behind the Nonary Game.

Leave a Reply to korewa2